Father Jody was very active in the Knights of Columbus. In addition to his role as associate district friar, he was the Chaplain of the Juan Perez Council #262 of Passaic, NJ (where he also had the distinction of being Past Grand Knight as well as District Deputy), Faithful Friar of the Monsignor Stein Fourth Degree Assembly, Paterson, NJ; and the Chaplain of the Paterson Federation. 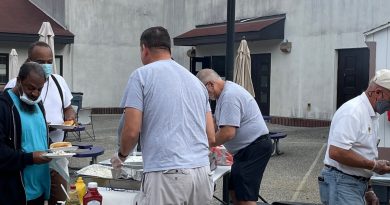